To celebrate its 150th anniversary year on the 10th of June, The Langham, London proudly presents the Anniversary Afternoon Tea for the month of June in Palm Court created by 2015 Global Chef award winner, Cherish Finden. The anniversary tea launches on 1st of June and features an 1865 Langham Anniversary tea blend made with 150 ingredients to mark each year of the hotel’s illustrious heritage.

As the birthplace of Afternoon Tea, the Palm Court was once described ‘as though a bit of Kew Gardens had strayed into town to enliven with metropolitan bricks and mortar’*. 2015 is no different with the Palm Court garden, carefully curated by in-house florist Adrian Ghione and Champagne Laurent-Perrier, in full bloom at the Palm Court entrance.  During the Victorian era, to stay at The Langham, London was the mark of having arrived in the social world and this indulgence continues today within a luxurious setting accompanied by charming service and exquisite delicacies. 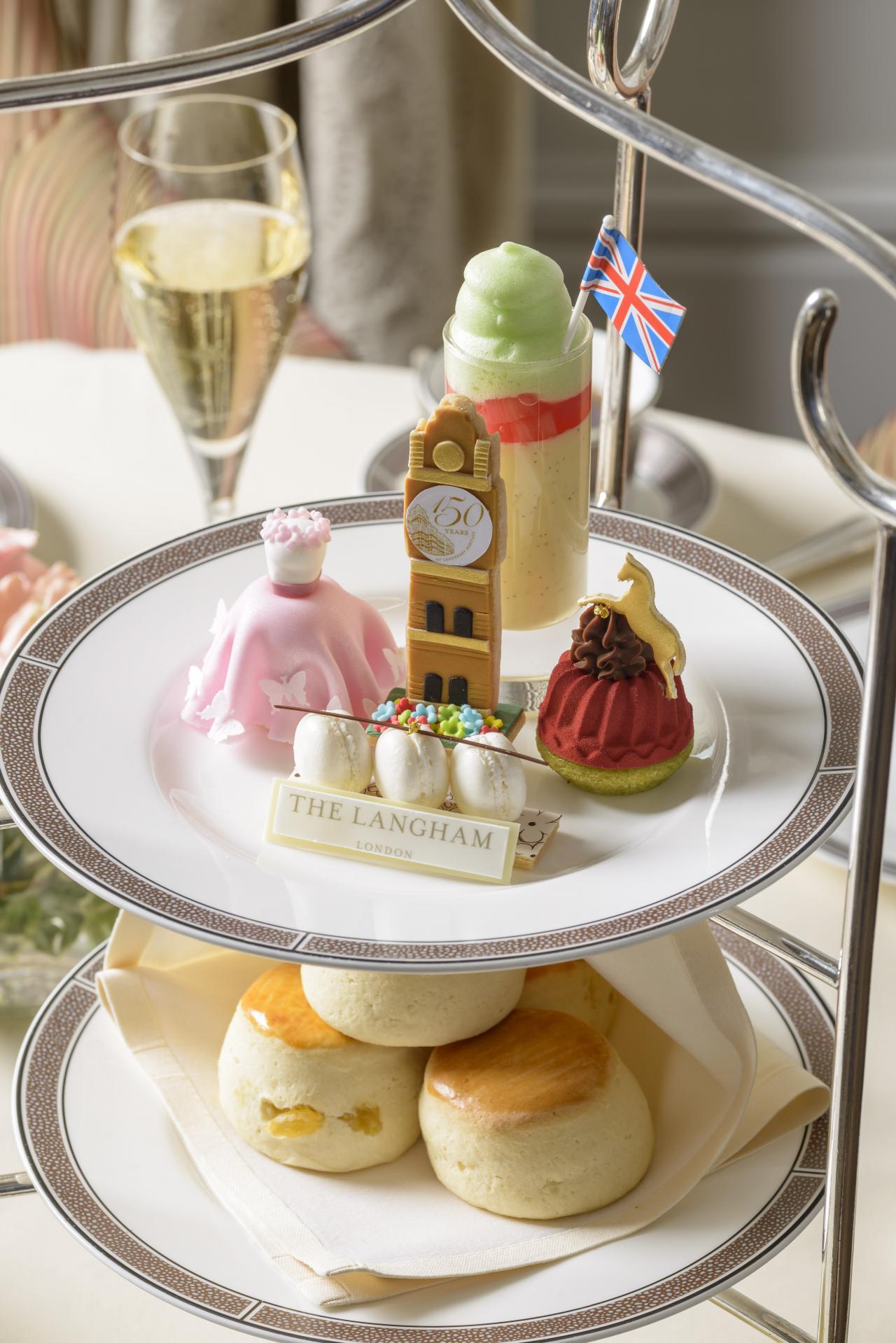 The Anniversary Tea pastries include a Langham Chocolate Mousse with Raspberry Compote, made with soon-to-launch Langham Chocolate ‘No.150’ which was created by Cherish Finden at the Cacao Barry Or Noir Lab in Paris, Chilled Rhubarb and Custard Verrine, a 150th Anniversary Cinnamon Shortbread Langham Tower, Coconut and Pineapple Macaroon and a Lady Victorian Sponge with Strawberry and White Balsamic Jelly.  Pastries are accompanied by the 1865 Langham Anniversary tea blend made with 150 ingredients created together with Master Tea Blender, Alex Probyn.

For the whole month of June, guests will have the chance to win a selection of anniversary prizes where every guest who upgrades their Afternoon Tea experience to a champagne option will receive a Golden Ticket. Prizes range from a 10% discount on Afternoon Tea to an overnight stay for two at The Langham, London.