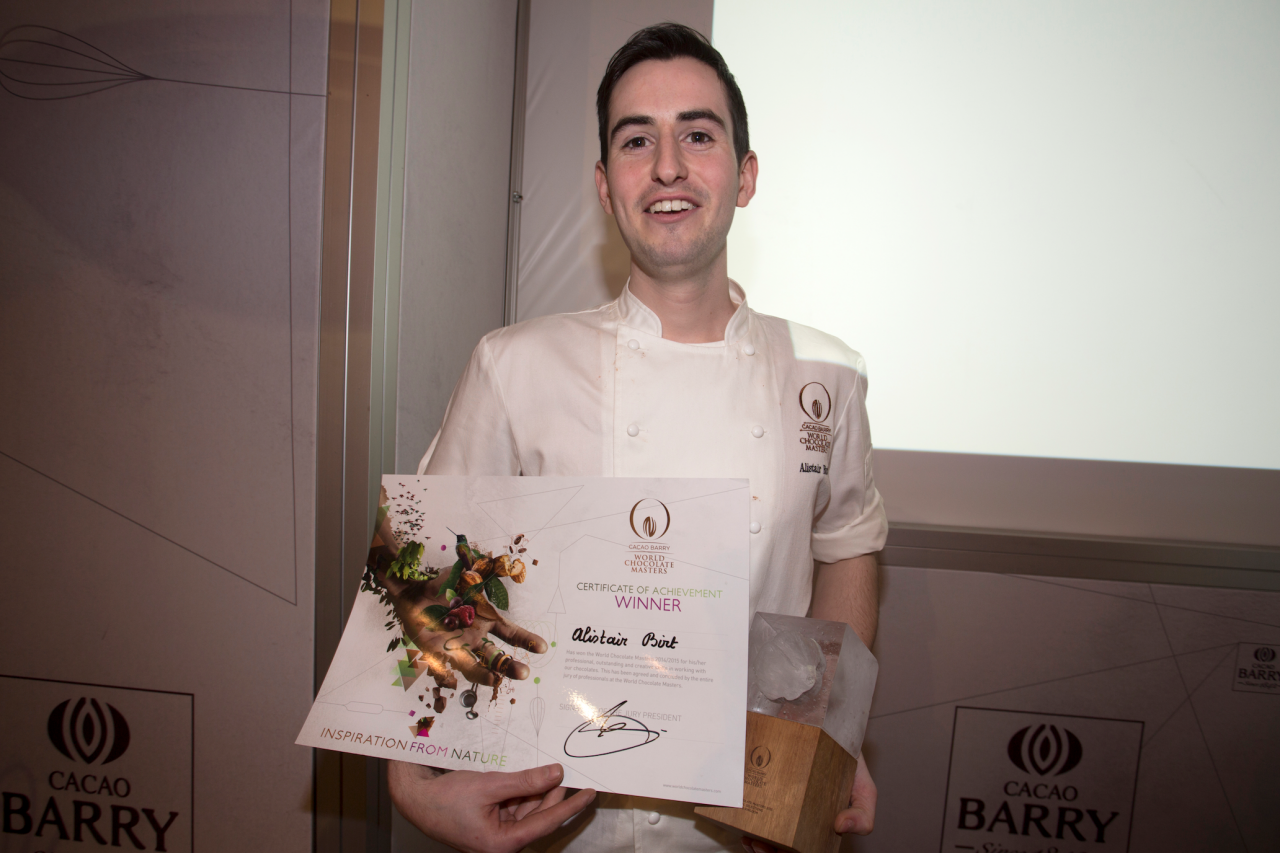 The Head Chocolatier from William Curley was crowned the UK and Irish Chocolate Master after a day of intense competition and wowed the judges with his innovative culinary talent around the theme “Inspiration from Nature”.

Alistair beat off stiff competition from the UK and Irelands finest chocolatiers, patissiers and chefs to secure his place in the World Chocolate Masters Finals in Paris in October 2015, and represent the UK and Ireland at the international competition dedicated solely to the art of chocolate.

The World Chocolate Masters demands from competitors huge amounts of concentration, nerve and expertise during the day long competition, as each is required to create one chocolate showpiece, one moulded praline, and a patisserie of the day. A new addition for this year is ‘Chocolate to Go’ where the contestants have to create a grab and go complete concept, to include the snack as well as the packaging.

Gary Hunter, Head of the Jury said “Alistair is truly a worthy winner of the title. It was a tremendous achievement and today we have taken another monumental step in the history of the UK and Irish pre-selection of World Chocolate Masters. Alistair is going to take the challenge and follow on from Mark Tilling, John Costello and Ruth Hinks in representing the UK and Ireland at the World Chocolate Masters Final and it is a very inspiring place to be.”

Robert Harrison, Sales Director, UK and Ireland, Barry Callebaut said: “ Thank you to all the competitors who participated in the competition today and particular congratulations to Alistair Birt for a truly inspiring performance. He is a very worthy winner and we look forward to him being a great champion for the UK and Ireland at the world final in October.

I would also like to thank all the other finalists who participated this year, and runner up Richie Heppell. They all did amazingly well. It was also great to see Ireland so well represented with two two Irish contestants for the first time ever.” 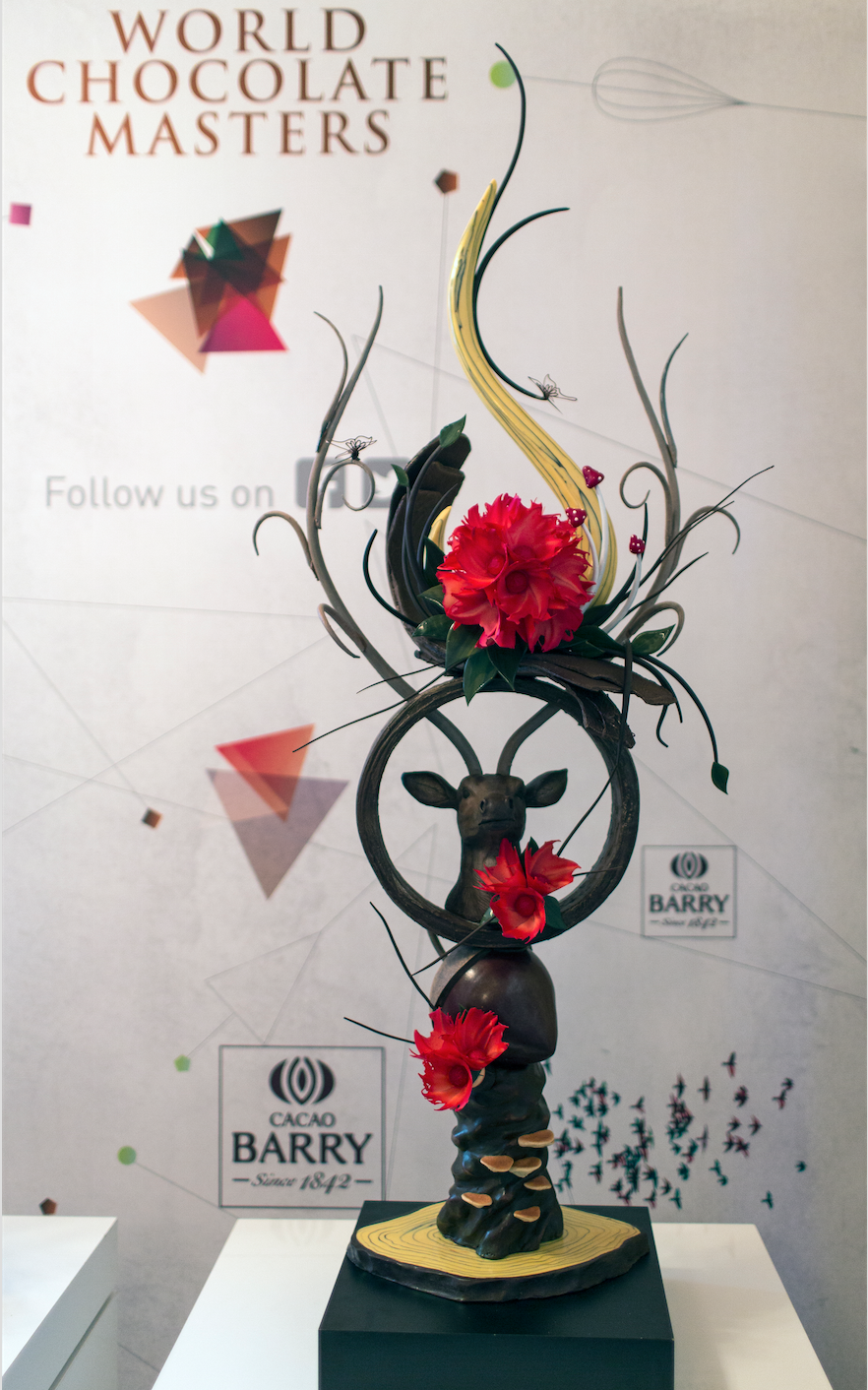 The underpinning theme of the national final was “Inspiration from Nature”; using Cacao Barrys finest gourmet chocolate, the finalists had to interpret the World Chocolate Masters brief into every one of their creations.

“Inspiration from Nature” is also the new theme for the World Chocolate Masters final taking place in Paris in October 2105, that is set to inspire Alistair along with the worlds best Chocolatiers and Patissiers. Nature is a strong source of sensorial inspiration. Whether it is the colour of flavours, the sounds of the ocean, the change of seasons, nature is all around us and affecting our moods. At the same time we want more pure, authentic and high quality ingredients. For us, food is more than just food. We invite them to explain us how natural products are shaped and transformed into a delightful story with cacao and chocolate at the heart. 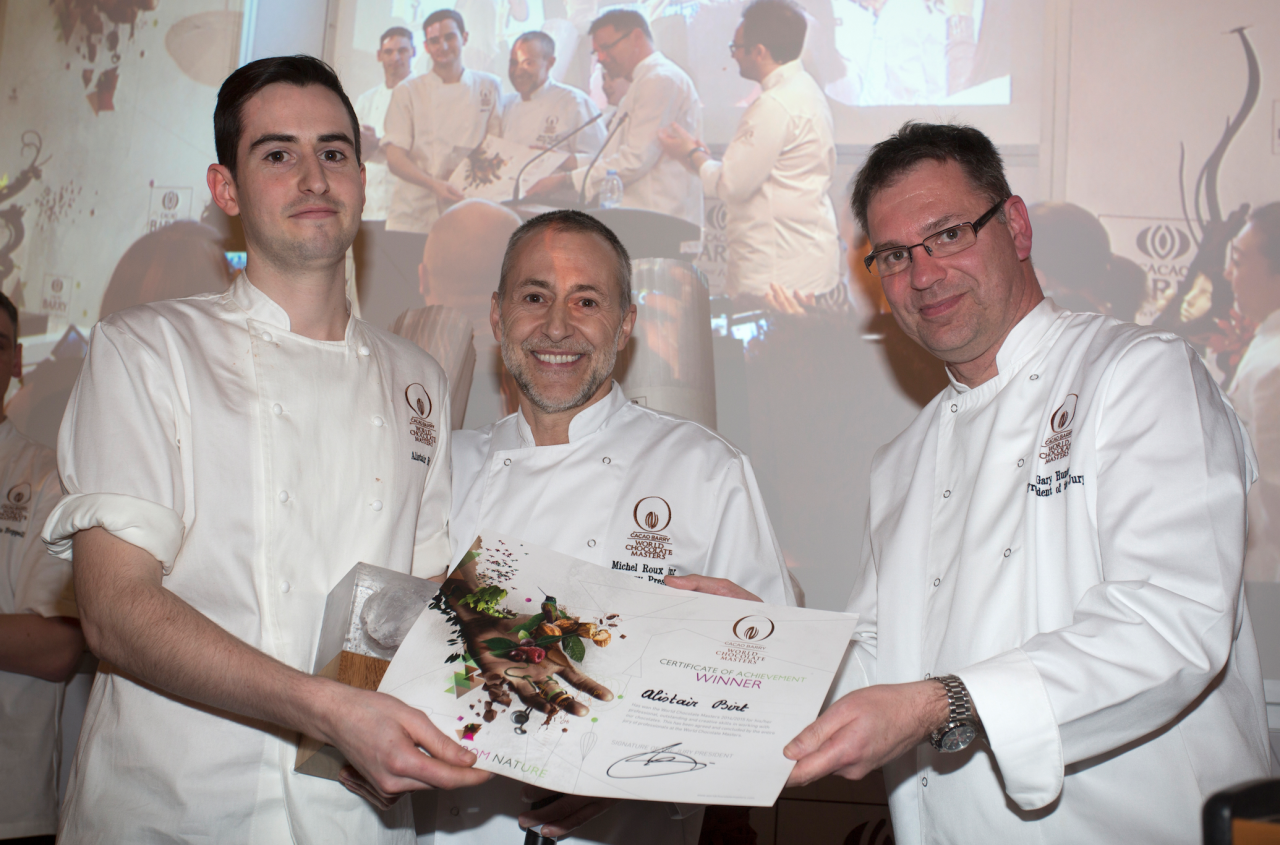