We contacted Ryan Thompson, the Executive Pastry Chef of the Shangri-La Hotel, At The Shard, wanting to know which was his favourite chocolate dessert created by his team in the last twelve months. He chose a wonderful creation by Sergei Kuzmin who is a chef de partie within Ryan’s team.

It is a chocolate texture pannacotta which is Sergei’s first chocolate dessert on the menu of the Ting restaurant. 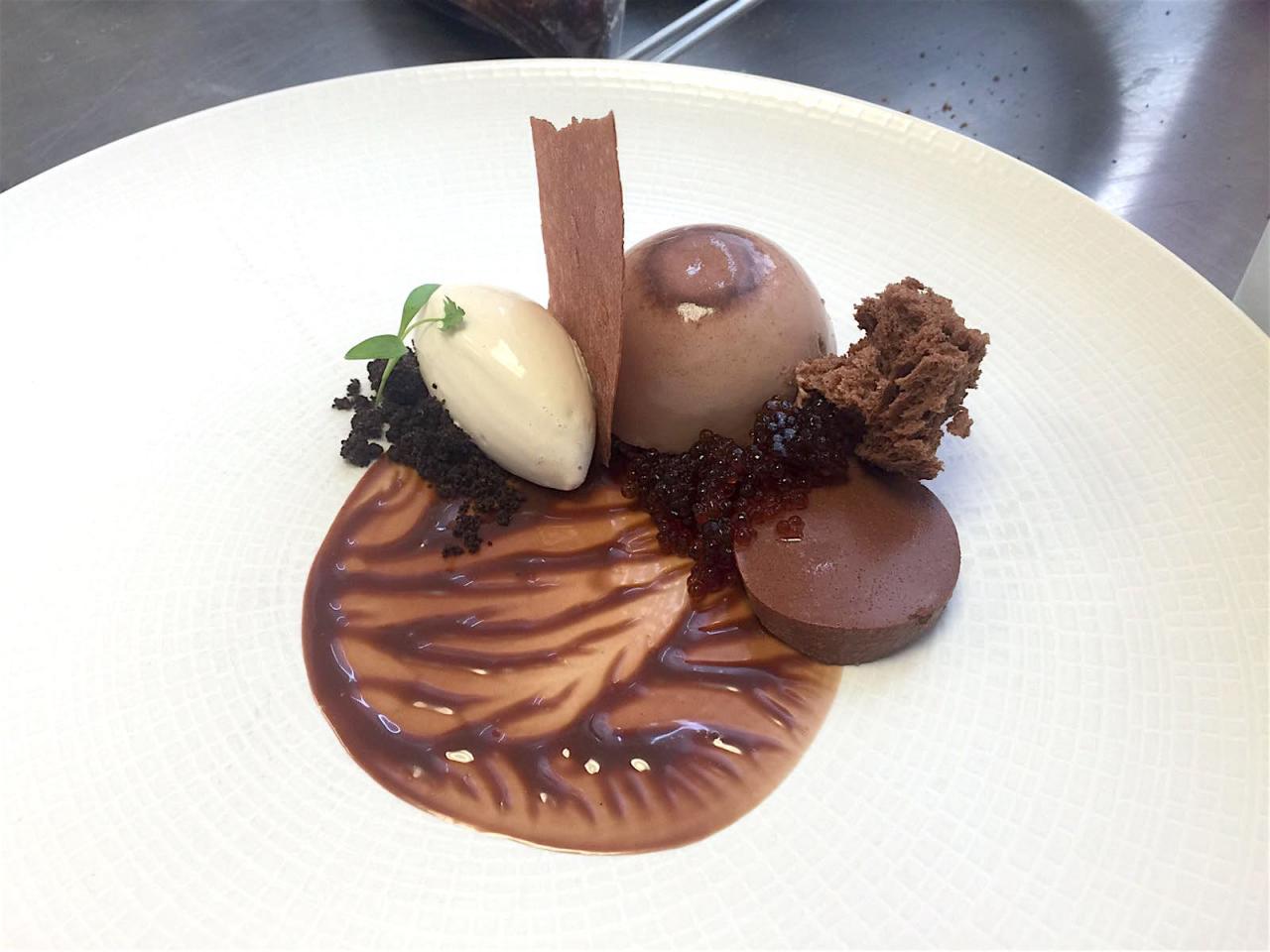 Sergei, how would you describe your dessert?

The dessert is made of various textures created with chocolate. My main goal was to create an indulgent chocolate dessert which wouldn’t be too heavy or too sweet. Panna cotta is rich and velvety, the ice cream is subtle and light and the crunch from the cocoa opaline gives a crisp texture with added salt to cut through the sweetness.

What inspired you to create it?

Recently when I was eating outside I had a dish that was not constructed well and had poor balance but otherwise I liked the idea of it, so I came to work the following day and started working on my take of a similar dessert.

Did it require any special technique?

The entire composition is made of various elements so the hardest was getting them all to stand out for themselves but at the same time combining well within the dessert.

What was the most challenging thing when creating this dessert?

It was the first time I worked with chocolate tea. It took a lot of experimenting to extract the right balance of flavour without the tanning and bitterness from the leaf.

Which Cacao Barry Chocolate was used in this dessert and why have you chosen that one?

Cacao Barry Alto El Sol was my main chocolate for the dessert - I like its lasting flavour which, combined with the Asian influences from the tea, pairs well to create a crisp clean flavour.

If you would have to promote this dessert to attract people to try it, what would you say?

This dessert is perfect for both chocolate lovers and those that tend to stick to lighter/fresher desserts. The dish carries all the signature flavours of a chocolate dessert but without the sickly overly heavy after affects.