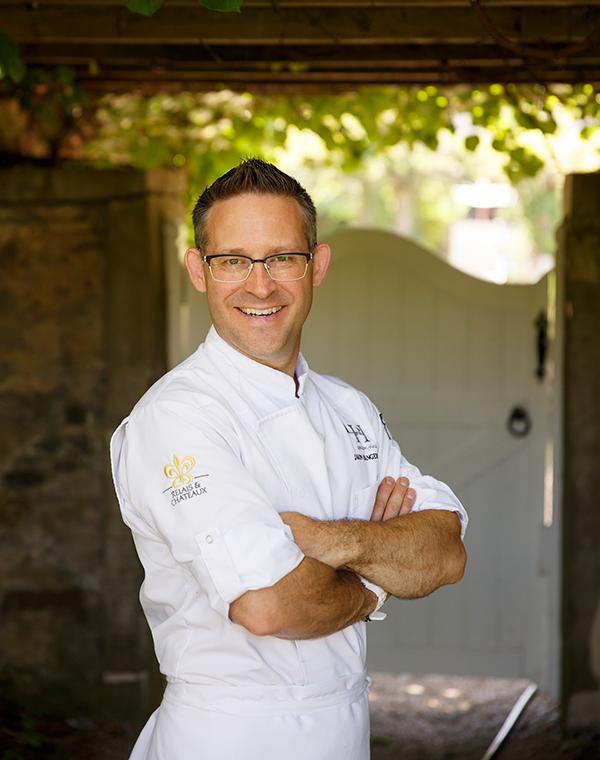 Cacao Barry® is honoured to announce Jason Bangerter, Executive Chef at the Langdon Hall Country House Hotel and Spa in Cambridge as a Cacao Barry® Ambassador

Montreal, March 2018 – Cacao Barry® the premium French brand which brings great cacao from remarkable places to celebrate the diversity of flavours and origins for professionals – today announced Jason Bangerter, Executive Chef at Langdon Hall, as the newest member of its international Ambassadors Club.

In this new role, Jason Bangerter will collaborate with other chefs, pastry chefs and chocolatiers to influence the world of cuisine and pastry through innovation, artistry and technical expertise.

With this appointment, Jason Bangerter becomes one of the only 17 Cacao Barry® Ambassadors located in Canada. The invitation-only club includes a global membership of more than 100 pastry Chefs and chocolatiers from over 20 countries.

As a child, Jason Bangerter spent his summers between his grandparents in Perry Sound, Ontario, cottage life cooking and in Amherst, Nova Scotia by the ocean digging for clams, visiting the lobster boats and baking bread (which his grandfather still does at 96).

Food is and was always a topic of conversation and the highlight of family gatherings.  Conviviality, sharing, enjoying food and the process of creating gave him pleasure and peace.

“When I realized the power of the table, the gathering of people and the instant gratification of cuisine, I jumped at the opportunity to make it a career” remembers Jason.

At 20 years old, he enrolled in George Brown College’s Culinary Management Program. Wanting to learn from the best even as a student, a young Jason approached and was offered his first position with King Edward Chef John Higgins.

Chef Higgins saw the potential in Bangerter and brought him in to help with the national culinary team; even choosing him to go to Europe for a short time where he first fell in love with French cuisine.

After completing College and 5 years training at The King Edward Hotel, Jason mastered his art in Europe where he was inspired by Anton Mosimann at the Mosimann’s Belfry in London and quickly made his way, joining the opening teams of the Swissôtel Berlin in Germany and later Château Mosimann in Olten, Switzerland.  Jason’s first Chef du Cuisine position was in Saint Moritz at the Kulm Hotel running the private club.

In 2002, after various amazing experiences in Europe, Jason decided to return to Toronto. He then joined the team at Auberge du Pommier, part of the Oliver and Bonacini group of restaurants. During his tenure, the restaurant was awarded several prizes including Restaurant of the Year by Post City Magazines. After opening Luma and O&B Canteen at the TIFF Bell Light Box, Chef Bangerter accepted the position of Executive Chef at Langdon Hall Country House Hotel and Spa in Cambridge, where he has been sharing his talent for the past four years.

Chef Jason Bangerter has had undeniable success throughout his career, but remains humble, recognizing that he is continuously learning from all the cooks he works with. He makes a point of honour to pass on this passion and knowledge to the next generation. His advice to young Chefs is always: “Push on. Put your head down and go. Listen, learn and retain. It really is simple. You become as great or not as great as you allow yourself to… it is all depending on you. Push yourself. Find a great mentor. Respect them and learn all you can from them. It is a wonderful profession. But, it takes hard work and dedication. It won’t come easy. Know that you love it. You have to love what you do to truly be successful.”

And Chef Bangerter truly and sincerely lives the emotions with his young Chefs-to-be: “It always gets me, when cooks I have worked with, move on and return years later and thank me for the inspiration I provided them.  The words or the skills that made a difference in their development and the mentorship that helped them on their way. At the time, you sometimes don’t realize you had an impact on them.  It is always an unexpected welcome conversation when this happens. I find it very humbling and an emotional experience for me.”

Chef Jason Bangerter was awarded best Farm to Table Chef in 2017. This was a great reward as he always searches for the best ingredients. He favours locally grown greens which is why he takes special care of their garden at Langdon Hall and sources most of the ingredients used in their kitchen at farms just 10 or 15 minutes away.

We all know cocoa doesn’t grow in Canada but his interest for chocolate was triggered when Cacao Barry offered him the possibility to design his own taste profile. Searching, always looking for a chocolate that is interesting and unique.  Chef Jason Bangerter desired to have a Chocolate that relates to his taste, the flavour of the local terroir and to his cuisine philosophy.

This led him to the Or Noir Lab in Paris where he created his own chocolate, selecting cocoa with specific notes and aromas creating two unique chocolates.

“They are inspired by the seasons, surrounding farms, wild and tame produce growing in abundance on the property at Langdon Hall. I wanted a chocolate that encompassed these elements… Vegetal, smoky, earthy, rich and bold.  With hints of wild berry, the taste of fall leaves and of the farm.  Not very traditional in a chocolate… But what has been created, is something so unique, so versatile.  Savoury and sweet, this chocolate leaves an impression. Or Noir is the only way this could happen.  Terroir Noir and Terroir au Lait are exclusive at Langdon Hall and offer a taste of where you are” explains Chef Bangerter. You can discover both chocolates in Langdon Hall’s dessert menu and also purely in chocolate bars.

And to fully live the experiences of creating his own chocolate, Chef Jason Bangerter went to visit cocoa plantations in Dominican Republic to heightened the level of magical whimsy to the dining experience at Langdon Hall and educate his guests about the origin of chocolate.

The association between Cacao Barry and Jason Bangerter is a natural fit. Chef Jason Bangerter’s passion and respect for ingredients, his experience and the will to share his expertise and skill to the next generation make him a great brand ambassador. Chef Jason says “I always try to surround myself with the best ingredients and producers with similar vision and passion for perfection.  It motivates me and pushes me to meet the highest standard.  Cacao Barry is a premium producer of some of the world’s best chocolate. To me, it simply makes sense.”

Throughout his career, Chef Jason Bangerter encountered several challenges but the biggest one stays “finding the right balance”. As a husband and a father of two young boys, he has to be a “super star” at work as well as at home.  We have no doubt he’ll succeed in both! 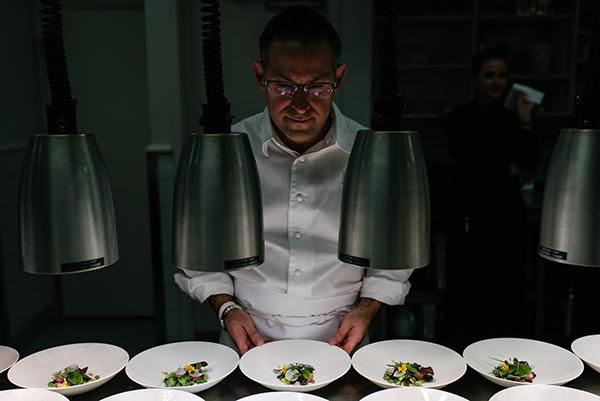