Who is François Chartier? 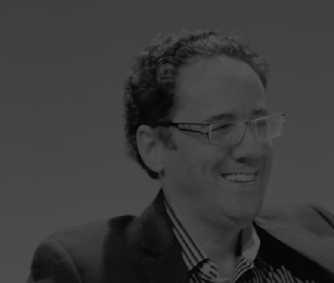 Canadian François Chartier “Créateur d'harmonies” is regarded internationally as one of the pioneering researchers in terms of recipe creation and wine and food harmonies. The worldrenowned wine critic Robert Parker says he is “Pure genius”, while Ferran Adrià and Juli Soler of elBulli Restaurant qualify him as “the number one expert on flavors”. Since winning the prestigious Best Sommelier in the World award in 1994 (Grand Prix Sopexa, Paris), François never ceased renewing himself and relentlessly pursuing his research. He published the first results of his research in *aromatic harmonies and sommelerie* – a discipline he created in 2004 – in his book Taste Buds and Molecules: The Art and Science of Food, Wine and Flavour. In 2010, the book was awarded Best Innovative Cookbook in the World, at the Gourmand World Cookbook Awards in Paris. More recently, in 2016, his recent book L’Essentiel de Chartier – L’ABC des harmonies aromatiques a table et en cuisine was also awarded Best in the World in the Innovative category in China.

Consultant for some of the greatest chefs in the world, including Ferran Adrià of the famous elBulli Restaurant, Chartier’s aromatic science never ceases to turn heads. In addition to his culinary endeavors, he has become a vintner and wine merchant. In October 2013, he began to sell his first wines in Canada, which he created in Europe with his colleagues including the Bordeaux oenologist Pascal Chatonnet. Today, Chartier produces over 25 different wine cuvées.

Finally, since 2014, the “créateur d'harmonies” has been working with the Montreal craft brewery Glutenberg to create the Série Gastronomie: an innovative range of gastronomic beers inspired and crafted using Chartier's principles of aromatic harmonies. Several of the beers received awards at the World Beer Cup Awards in 2015 and 2016.