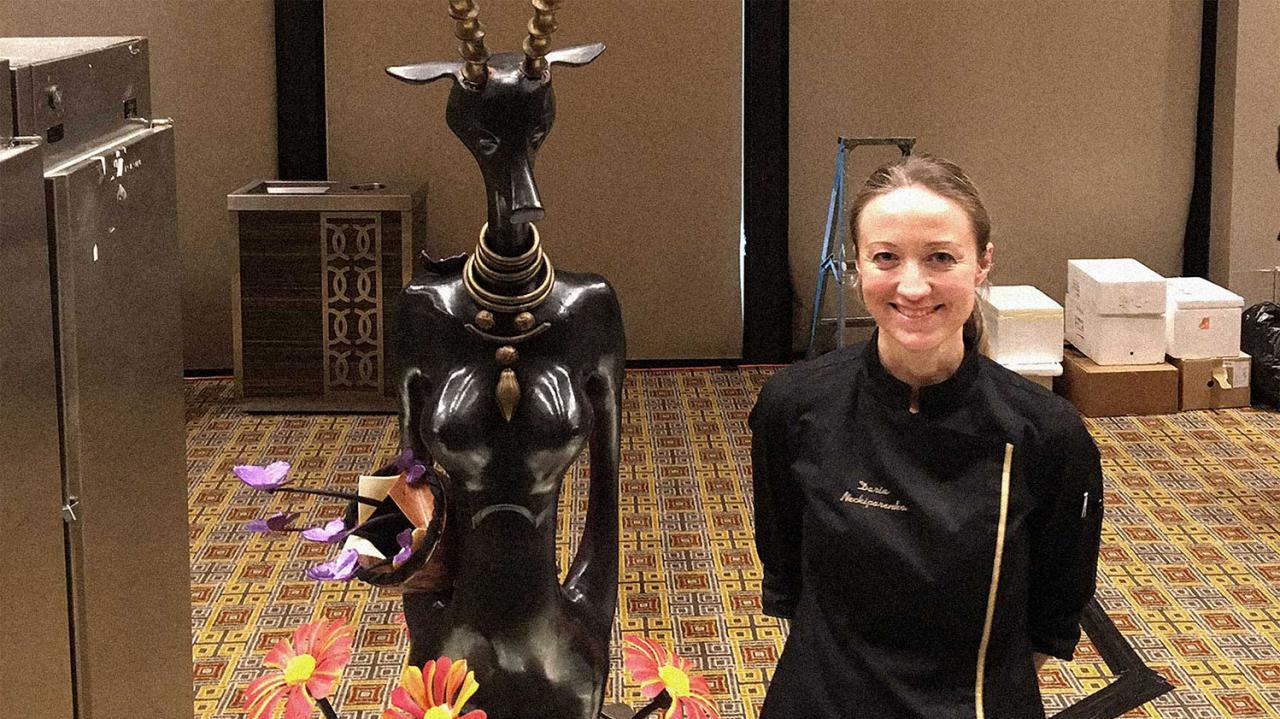 I’ve been very busy lately! I just started a new job and right now we’re trying to get everything up and running. It’s very demanding. I also just competed in another competition in Melbourne, which claimed all my attention. But now everything’s settling down and I can fully focus on the World Chocolate Masters.

How will you prepare yourself? Which steps will you take?

Do you receive input from other chefs or designers?

Yes, I do get some input from other chefs. I’ve got my own views and ideas on Futropolis, but my designer really helps me with bringing these ideas to life. Nowadays, showpieces are of such an incredibly high level, they just require more to stand out. Especially with a theme like Futropolis, which is defined by architectural elements and different special features.

Where do you get your inspiration for your sketches?

I do a lot of research on the internet. I use designer websites, architecture, blogs, magazines, Pinterest, … those are my main sources of inspiration. When I’m doing research, I try not just to focus on pure architecture but also on geometrical forms and constructions. For my showpiece, I aim to create the impossible. Like something that could come out of a 3D printer.

“I’ve always had a drive to go out and achieve things. It’s like jumping out of a plane with a parachute, it gives me that rush.”

The World Chocolate Masters mainly consists of male contestants. Does that affect you in any way?

I don’t perceive it as a negative thing. I find it rather interesting, because it shows that women can compete at the same level as men do. In my opinion, there’s no difference between the men and women in this competition. We all have the same workload and face the same challenges.

How would you describe your style?

My creations are mainly defined by simplicity. For me, flavour is the most important thing. I always try to put it on the top of my list. At the same time, pastry should also look appetizing. It should make you want to eat it. Though I’m not a big fan of too many bright colours. Everything needs to look simple, clean and elegant.

Any specific things you have learned from this competition?

Preparation is key! You need to be 100% ready to anticipate anything during the competition. Everything should be planned and organized, that’s the most important part.

What makes the Futropolis theme a challenge?

The Futropolis theme is interesting but at the same time complicated. It’s very abstract, everyone can interpret it in very different ways. That’s why it’s hard sometimes for people to understand your vision. And because there are both architectural and natural elements, it becomes even more challenging! You don’t want something that’s cliché, you’re looking for something that hasn’t been done before. So yeah, it’s quite a challenge.

What will be the future trends in pastry and chocolate?

In pastry, I think we are moving towards natural flavours. Everything will taste fresh and pure, with less use of gelatinized agents. Today’s consumers are looking for handmade products.  Flavourwise, people will treasure the familiar taste of their childhood and mix it with new elements. They’ll crave for something that’s recognizable and easy to eat.

What do you think the biggest challenge will be?

Which trends do you love/hate?

I like the simplicity of French chefs. They often use clean finishings with only a few flavour combinations. It’s elegant and not overcomplicated. A chocolate trend I don’t like is using too many bright colours.

What does Futropolis mean to you?

I think Futropolis symbolizes the connection between cities and nature. Future cities will become greener, more sustainable and environmentally aware. That’s why it’s important to incorporate urban aspects as well as natural elements in my creations.

I think I would! The city would be quite comfortable to live in. Here in Sydney, we have a couple of buildings that remind me of Futropolis because they combine their futuristic looks with green nature. They look very beautiful and certainly not as daunting as some other buildings do. They really make you feel like you’re in the middle of nature. 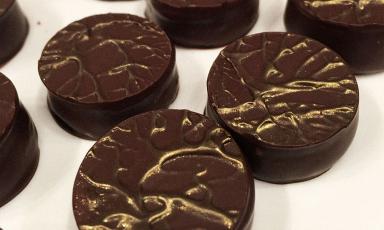 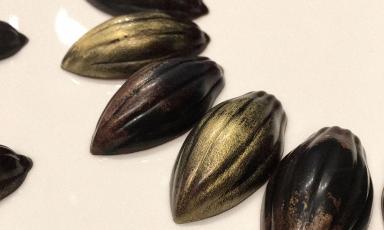 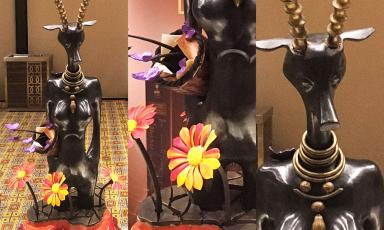