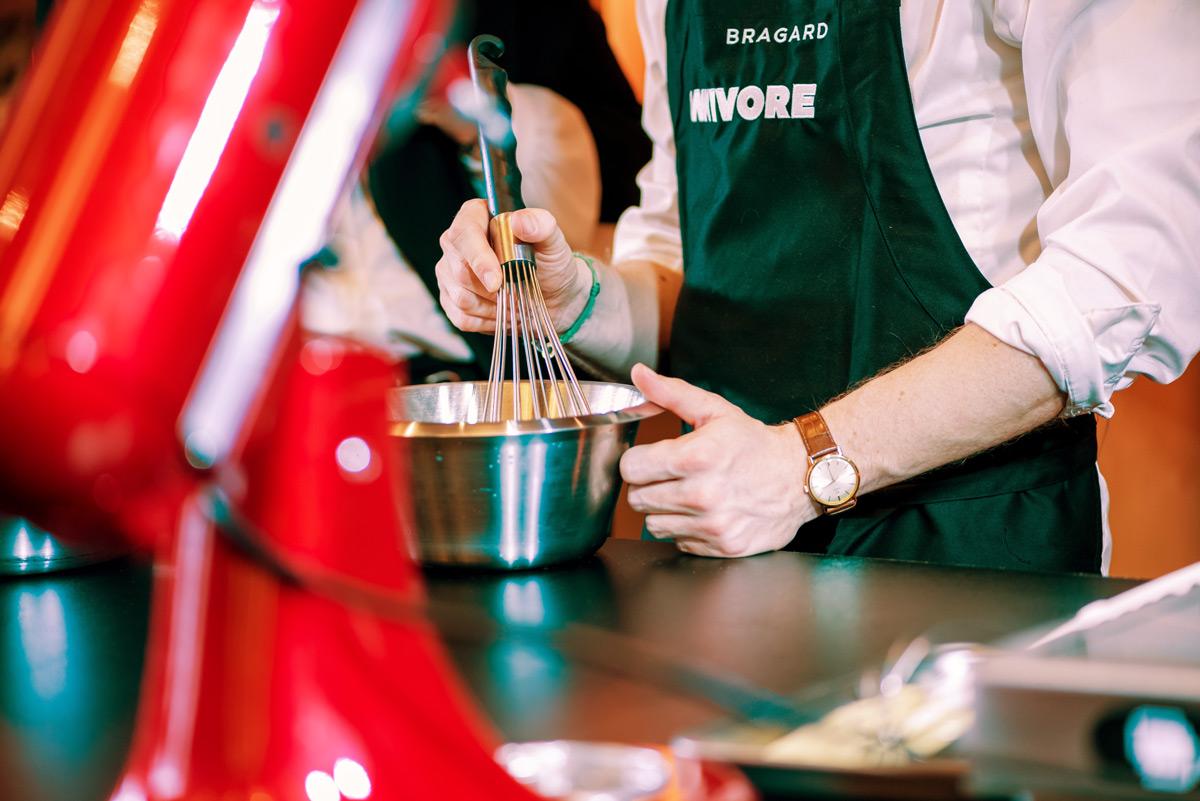 From March 5 to 7, 2017, the" cream of the cream "of the young world cuisine, trendy, talented and hardworking, met in the heart of Paris for a few "Omnivores“ days.

On the program, and since 2006, masterclasses, dinners, demonstrations, workshops, tastings and other creative challenges were the focus of famous chefs and young rising stars  that met to celebrate and bring a new vision to the future of gastronomy.

This year Cacao Barry was not only one of the events official sponsor, but also the official sponsor of “La Scène sucrée”  were #CacaoCollective masterclasses held by influential and millennial chefs took place. Two chefs were specially invited by Cacao Barry to work on innovative recipes inspired by the aromatic pairing possibilities offered by our chocolates: pastry chef Yann Couvreur, restaurant chef Atsushi Tanaka along with Ramon Morato, Cacao Barry Global creative director. 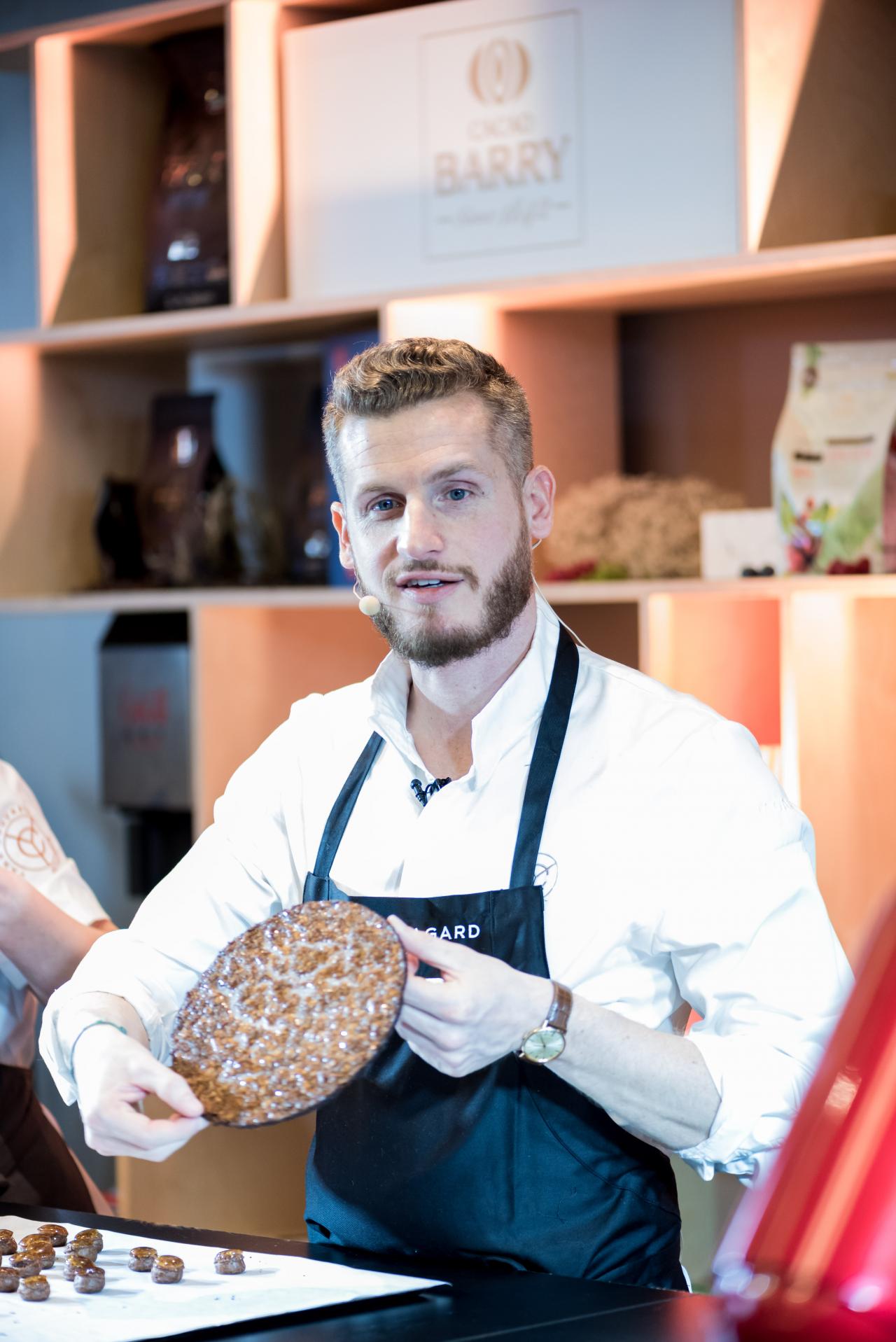 He fell in love with cooking when discovering a book by Pierre Gagnaire, which he joined the restaurant in Tokyo in 2006. He was then introduced to molecular cuisine in Spain, at Quique Dacosta restaurant. In April 2014, he opened his restaurant in Paris, simply named with his initials.

For this Masterclass, chef Atsushi Tanaka has chosen the bold and powerful aromatic profile of our dark chocolate couverture Ocoa 70%.

“As soon as I started out in the pastry-making sector I realised that this was a marvellous trade. The possibility of mixing several ingredients and creating with your own hands something that can be eaten and enjoyed by people, giving them a moment of pleasure, is a lovely feeling.

But it was really when I bought my first book on the subject, called A Passion for Chocolate, by Maurie Bernachon, when I fell in love with this magical product” says Ramon.

For his masterclass, Cacao Barry Global Creative Director selected one of his favourite recipes from his new book “Four in One” inspired by Alto El Sol and Nikkei’s influences “Llueve en Peru”. 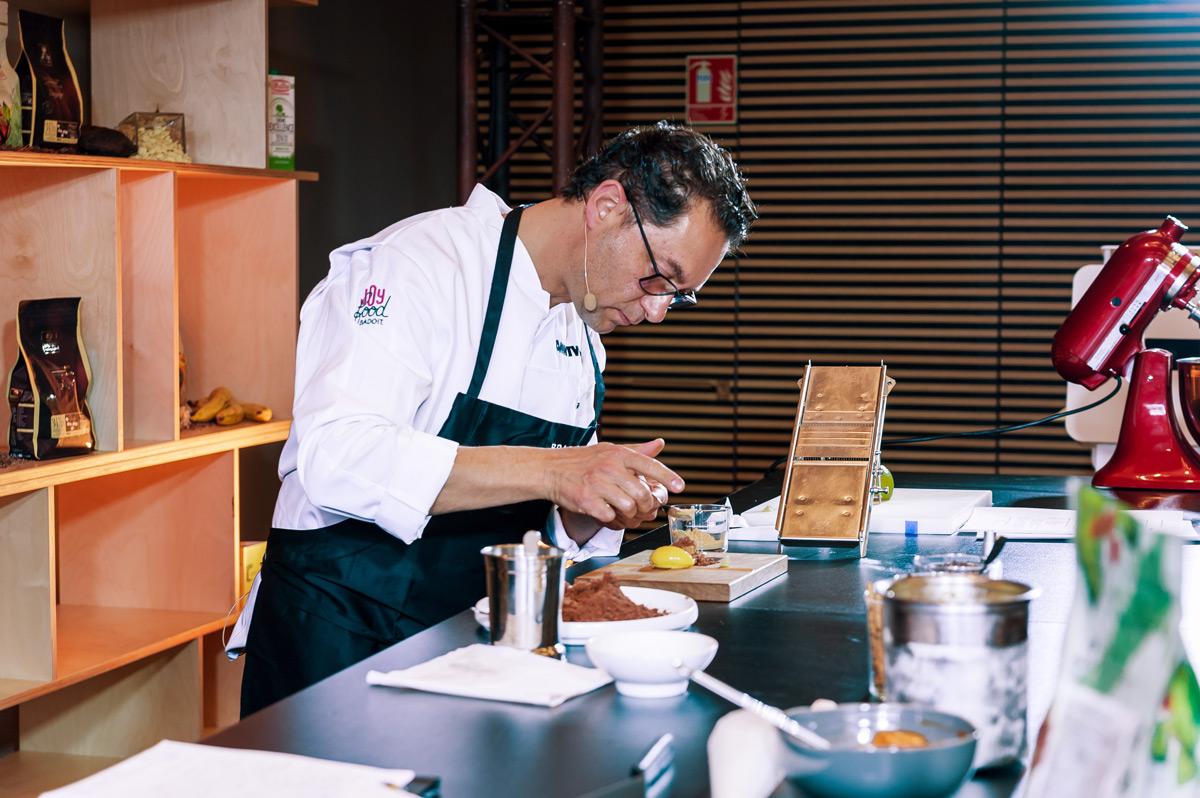 This was the Omnivore World Paris Tour edition 2017, stay tuned to Cacao Barry updates to know which city we will go next ;-)