The winner of the Junior Chocolate Masters UK& Ireland 2019!

The winner of the Junior Chocolate Masters UK & Ireland 2019! 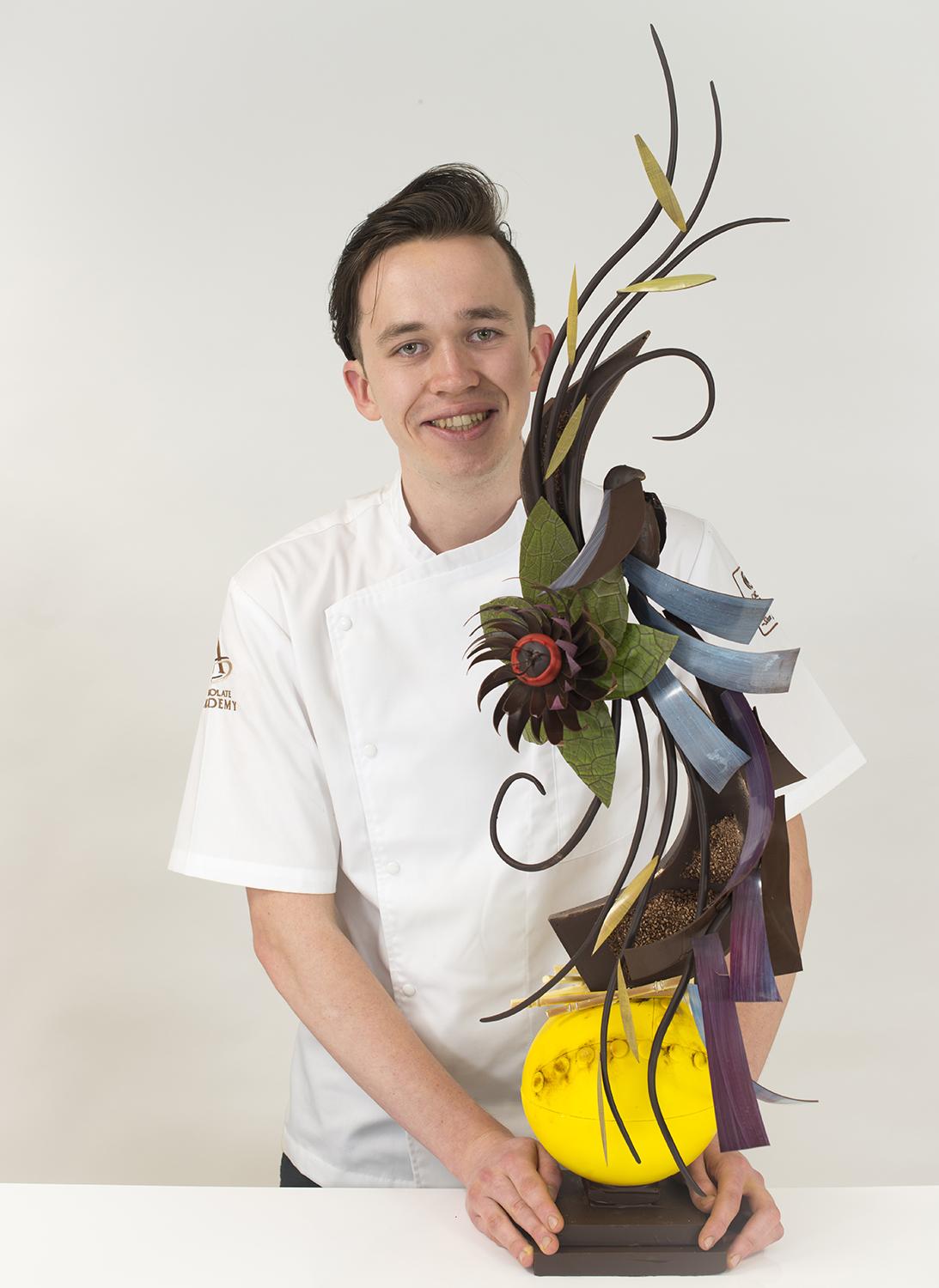 On the 6th of July, five highly talented junior pastry Chefs aged between 18 and 24 gathered at the UK Chocolate Academy™ centre in Banbury to showcase their skills and creativity at the eight edition of the Junior Chocolate Masters UK& Ireland. All day long, the five contestants battled to win the coveted title. They had to accomplish three demanding tasks: a chocolate showpiece (minimum height 75cm), moulded snacking bar and a Vegan Plated Chocolate Dessert, following the theme “ Thriving Nature”.

The theme is an illustration of the pledge of the chocolate brand Cacao Barry® to be deforestation free and carbon neutral by 2025. The reality of climate change - deforestation, carbon emissions - is a real threat to the cocoa ecosystem, the lives of farmers and, ultimately, the taste of cacao. So Cacao Barry’s objective is to empower West-African farmers to be part of the solution by initiating on-farm interventions and optimization programs that sequester carbon in soil and plants while improving the natural development of the taste of the cocoa.

The only way to overcome it is to let nature do what it has been doing for millions of years: thrive. A difficult challenge for humanity, which must work to limit its impact in order to allow nature to flourish.

With this briefing in mind the contestants all showed exceptional skills, determination, concentration and nerve to illustrate their interpretation of Thriving Nature.

After an intense day of competition: Benjamin Dufour,  Demi Chef de Partie at Harrods, London, was this year’s winner crowned with the prestigious title of the UK& Ireland Junior Chocolate Master 2019! The first prize also included a place to attend a Chocolate Showpiece course by Lawrence Bobo at the Chocolate Academy™ center Belgium next September.

The competition was judged by experts of the pastry and chocolate world:

- Graham Hornigold, former executive pastry chef at Hakkasan Group, He was responsible for over 120 pastry chefs working in twenty different kitchens. Graham now acts as a pastry consultant for restaurants and hotels all over the world via his company Smart Patisserie which he co-founded with the talented Heather Kaniuk.

- Martin Chiffers  whose experience covers over 30 years in the hospitality industry. He worked for various Hotels and F&B venues amongst some of the most famous in the world. On top of numerous personal awards, Martin Chiffers also boast a real passion for coaching and he is President of the UK Pastry Team Coupe du Monde since 2011.

The results were really close and the task was not easy for the judges but in the end Benjamin took more risk for his showpiece, which paid off. Everyone was holding his breath whilst he was adding the final elements!

Benjamin the winner, impressed the jury by his calm and preparation. Christa said that it was obvious each step had been rehearsed many times.

Martin further commented the Junior Chocolate Masters is a fantastic platform for young chocolatiers to develop and a great way to spot the new talents who may one day represent the UK& Ireland at senior competitions.

Graham Hornigold further added that everyone was a winner when you are able to enter such a competition and that all contestants should be really proud of themselves.

At the UK Chocolate Academy™, says Julie Sharp, we are really delighted by the growth of this competition which gives the youngsters the opportunity to perfect their  chocolate skills. We feel really proud of all Chefs that have competed over the past eight years, which strengthens further the cacao collective community.

Massive congratulations to the winner Benjamin Dufour ( Demi Chef de Partie at Harrods) and to the other contestants: Adam Cleal (Head Pastry Chef at Palé Hall Hotel, North Wales ),  Georgia Roberts (Demi Chef de Partie at Lainston House, Winchester), Bethanie Dove (Commis Chef at the Savoy, London and National Bakery School student), Patrick Hilder (Pastry Chef at Arras, York) . We are looking forward to see your next creations and wish you all the best in your future careers.

We would also like to take the opportunity to thank our sponsors who supplied amazing equipment and ingredients, which contributed to make the experience of the contestants even more incredible! 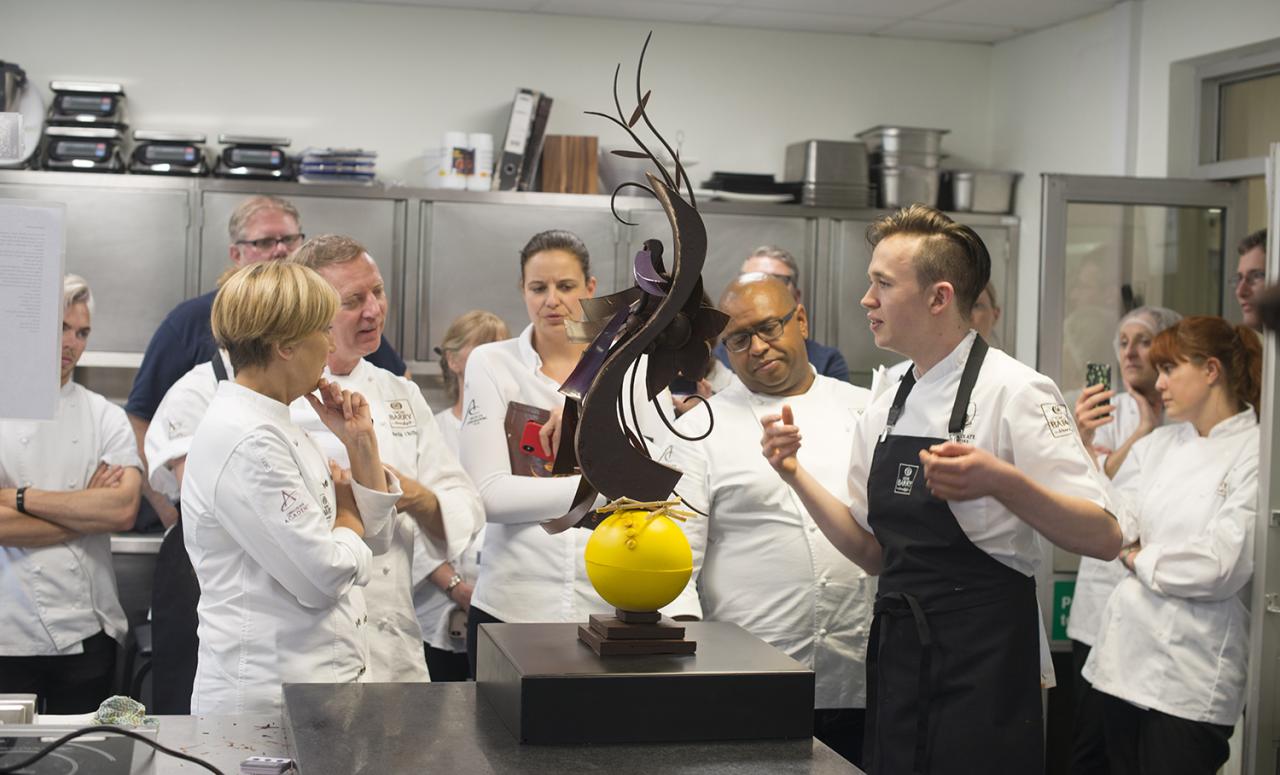 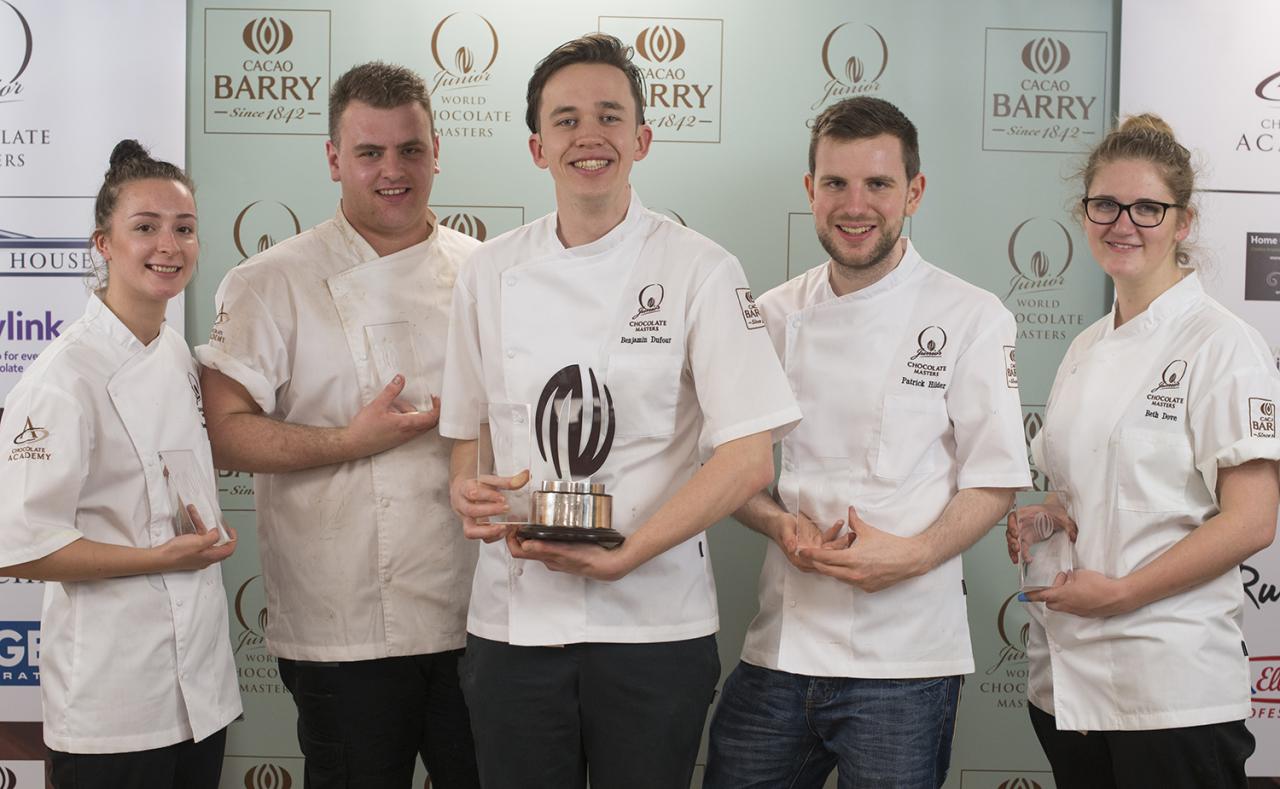 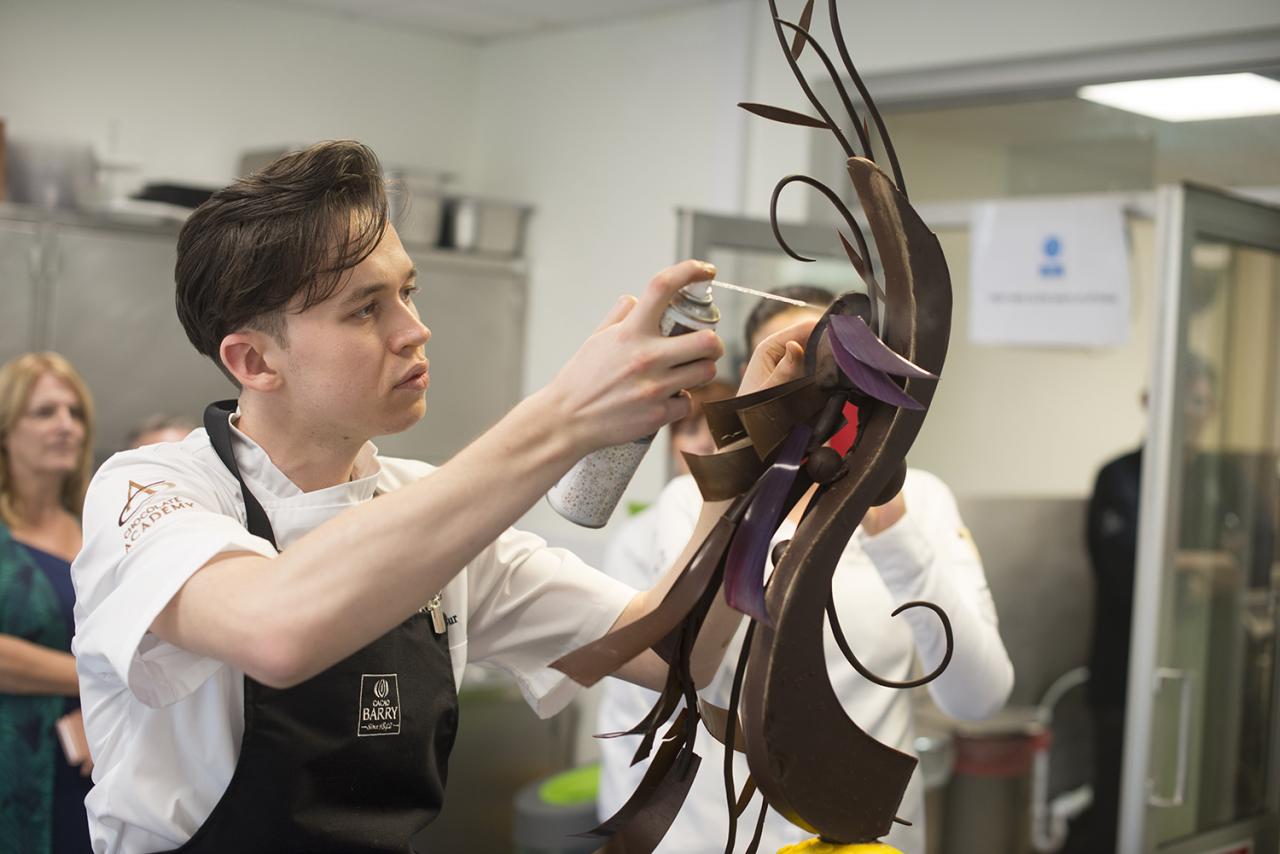